skip to main | skip to sidebar

Our Friend, Brother, Son, and Husband

Jason Brown was tragically killed in a motor accident on the morning of March 2nd, 2010. He was 25 years old; too young to leave us. He and his beautiful new wife lived in a nice home they bought in Arizona. Our thoughts and prayers go out to comfort his family.

Please use this blog to share the memories you have with Jason. Pictures, videos, stories, comments to his family, or maybe even something you wish you had a chance to say to him. Email joehall563@yahoo.com to share.

Until we meet again my friend.

Am stirred up to hear about the loss of your friend. I am even more deeply honored than I was initially to have been a witness to one of the most precious portions of his life. May he rest in peace and hold down the fort. I would be pleased having left friends behind like you who remember the lost ones fondly and often. Thanks for saying something and God Bless.
Posted by rememberjason at 9:24 AM No comments:

"Those we love don't go away, They walk beside us every day. Unseen, unheard, but always near,Still loved, still missed and very dear." - Anonymous. We all ♥ & miss you!

Ariann Binks Hill
Posted by rememberjason at 3:21 PM No comments: 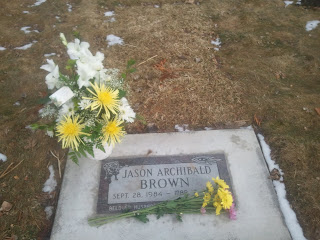 “I wanted to share the beautiful arrangement placed today on Jason’s grave, one year to the day after the tragic accident that took him from us.

I have found this day a great day to reflect on all the wonderful memories I have of Jason. He is truly missed.”

Posted by Von Brown – Jason’s father
Posted by rememberjason at 11:06 PM No comments:

Title: I miss my Friend

If tears could build a stairway and memories were a lane,

We would walk all the way to Heaven, to bring you home again

No farewell words were spoken, no time to say good-bye

You were gone before we knew it, and only God knows why

Our hearts ache in sadness, and secret tears will flow

What is meant to lose you, no one will ever know
Posted by rememberjason at 8:40 AM No comments:

To Bailey and the Brown extended Family:

Deepest sorrow for loosing Jason, my co-worker here at the County. He was such a neat young man who loved his wife and his family. Solid values, work ethic, getting started in making life together with Bailey in Arizona. Oh Lord Jesus .... one thing I'm confident of ... one day we shall meet again in heaven with those who have proceeded us. Jason, miss you already in this place. You added much to life.

Two guys here in the shop, Russell Hobbs & Richard Cross, made a special memorial that was placed in your parking spot. It’s our way of remembering your good humor. 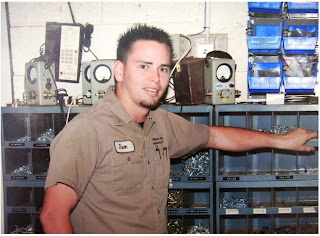 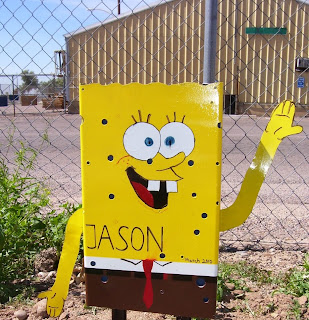 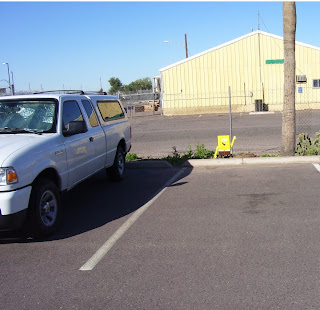 The song “Come to Jesus” by Chris Rice with the lyrics that my brother and my nieces and nephew – his kids - sang at Jason’s funeral. Pause the audio on the right before playing so you can hear the song.

Posted by rememberjason at 4:21 PM No comments:

Words fail me when I try to express the grief and sense of loss that I share with all that knew and loved Jason. So I turn to a dear aunt, who was like a big sister to me in my youth for words of comfort and solace at Jason’s passing.
This poem was written by my Aunt Sylvia the day of Jason’s accident as she sat in her husband’s hospital room, his life hanging precariously by a thread. While her husband survived yet another trial, she felt that perhaps the words that came to her that night might also comfort those of us who lost our dear Jason.

As I Rest
By Sylvia Brown Bourne (Jason’s great aunt)

He’ll help us - we are the threads secure
For clearly – wisely, He does view
The cloths of Heaven’s plans so true
E’en though one thread each day we weave
T’will fall in place - - if we believe

Yes! Sure we know hi s hand will guide,
The shuttle’s movements side to side –
As fully we submit our will to his
Life’s purposes we’ll fill

The bright – the dim threads and the gold
From birth – through youth and tho’ we’re old
His knowing hand will guide the way
The threads may break, the threads may frey

So tho’ the view’s unclear to me
I close my eyes - - in prayer – then see,
that heaven’s light shines ‘round the loom
Doubt – anger – fear – have left the room?

One thread is all that’s given
“Hold Fast” says He – and surely Heaven
Will attend your weaving task, . . . .
If you sincerely – humbly ask!

Somehow – some way – the day then ends –
I tie the thread.
His Peace descends
Oh yes! Tomorrow’s’ thread awaits

The colors dim – or bright the tints –
It matters not –
For faith attends my weaving
God knows best the threads
Posted by rememberjason at 5:10 PM No comments:

Jasons Obituary from the Daily Herald

On March 2nd, 2010 Jason Archibald Brown had his lift-off and began a new adventure.

Jason was born September 28th, 1984 to MaryLee and Daniel Von Brown in Wheat Ridge, Colorado and is the younger brother of Scotty and Mike. Jason's love for life is contagious to all around him. His passion for carpentry, welding and creating beautiful things with his hands is unmatched and easily seen by everyone. Jason's natural gift of making everyone feel special and motivating them in a gentle and positive way, makes everyone want to be around him. He has always been the life of the party and so much fun to be around.

They moved to Phoenix where Jason has been working for the past 4 years as a Telecom Technician for Wireless Systems. He can fix, rig and build anything for anyone and it's always so fun to watch him work. He is notorious for putting his whole heart into everything.

Along with his work, Jason loves to go on walks, play Nintendo, go bowling with his "SpongeBob Bikini Bottom" bowling league buddies, go camping and shooting, listening to music with his kick-butt' stereo subwoofer, snuggling with Bailey, and riding with Bailey on his bike. He loves learning new things, loves a challenge and, of course, loves to watch SpongeBob.

Jason, you're the absolute BEST and we love you more than anything. Thanks for always putting me first.

Services will be held Tuesday, March 9th at 1:00 pm at the LDS Lakeridge Chapel, 665 South 200 West in Orem, Utah. Visitation at 11:30 am. Interment will be in the Provo Eastlawn Cemetery. Condolences may be sent to the family at www.olpinmortuary.com

In lieu of flowers donations may be made to the Jason Brown Memorial Fund, care of Wells Fargo Bank for headache research by the Department of Neurology at the Mayo Clinic.
Posted by rememberjason at 1:17 PM 2 comments:

In the summer of 1986, we had the pleasure of having Scott, Michael and Jason stay two months with us to give their mom a break. This was just before Jason's second birthday and he was still in diapers. He hated to have his diaper changed no matter how gross it happened to be and there was always a struggle to change him. I had him lying on the floor in an upstairs bedroom and trying desperately to hold him down and change his diaper. I had almost reached my boiling point and I raised my hand to give him a little spat. With my hand raised, I looked down at him. He seized the moment and looked up at me with those adorable eyes and said; "I wove you too, Grandma." Needless to say, the spat turned into a hug and Jason became even more dear to me.
Grandma Brown
Posted by rememberjason at 9:36 AM No comments:

The first time I met Jason, I knew there was something very special about him. When he came to New Jersey from Utah, my mom thought it would be a great idea for Jason to come visit Rutgers University with us. As we sat in an auditorium listening to one boring speaker after another, Jason decided to pull out his fire fighter’s knife and give himself a manicure. With everyone staring at him, he leaned over and whispered in my ear he wanted to look good for the big tour. I knew from that moment on, Jason Brown would forever change my life. I spent the majority of my senior year in high school listening to Tool or anything Maynard James Keenan had to do with, watching Courage the Cowardly dog and going to Wendy’s with Jason. He quickly managed to become on of my best friends in the short amount of time I had known him. Jason planned on taking me to my senior prom but had to go back to Utah a week before. I have and always will love Jason for the person he was and the person he inspired me to be. Even after the countless memories, I am still at a loss for words as to how much Jason meant to me. Before he went back to Utah, I stole the spider he had captured and encased in silver. As he left my house, I told him what I had done and he said I could give it back to him the next time I saw him. I still have your spider, Jason and I promise I’ll give it back to you next time we meet. I love you and I miss you more than you can even imagine.

Damn Jason, I just can't believe you are not here with us. You were one of my ducklings sweetie. I always thought of you as one of my own. How amazingly talented you were. How much fun were you and God how much do I love you. I know I was only your substitute mom but I always felt like I was your mom. You went through so many hard times and I always knew you would get through them
This world will be a much sadder place without you and my heart is broken. A rebel without a cause... both you and Uncle Steve. Damn Jason why did you have to leave us? Will always miss you sweetie you were amazing!

Love,
Mom too
Posted by rememberjason at 7:55 PM No comments: 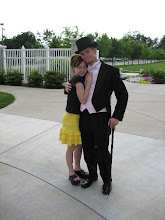 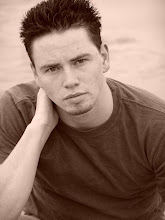 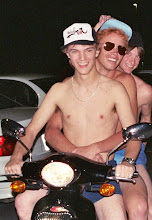 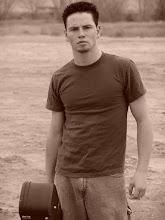 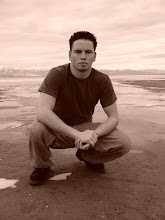